What is 3AI Catapult Program?
India’s most credible AI and Analytics Assessment Program 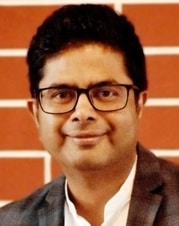 To demonstrate the required knowledge and skillsets, aspirants look for relevant assessment and certification programs. 3AI Catapult – Foundational AI and Analytics Assessment is one such and most credible assessment program, designed in collaboration with Analyttica Datalabs.ics engagement.

In this webinar, the 3AI Catapult Program will be discussed in detail. The following points will be covered during this webinar:-