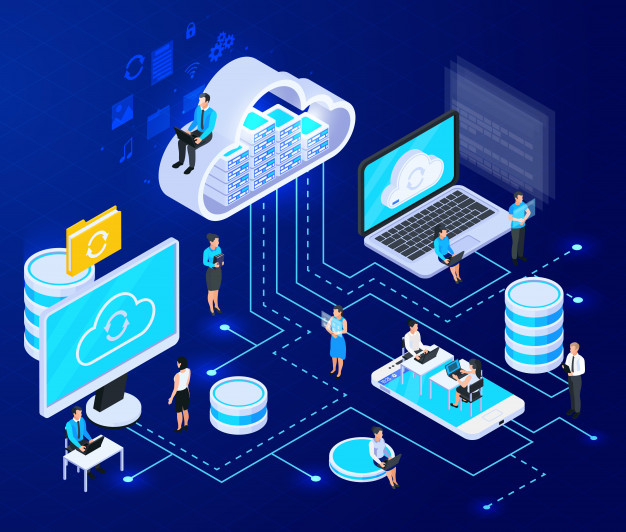 Amazon Web Services (AWS), Microsoft, and Google are continuing to blot out European service providers as the platform of choice for European cloud services, according to a new report from Synergy Research Group.

The report found that while the European cloud market has more than tripled over the past three years, European service providers have seen their market share plunge from 26% in 2017, to less than 16% at the end of the third quarter of 2020. The vast majority of that market (66%) is now controlled by AWS, Microsoft, and Google.

Among those European service providers, Germany’s Deutsche Telekom had the largest stake at just 2%. That was just ahead of OVHCloud and Orange.

“The balance of the European market is accounted for by smaller U.S. and Asian cloud providers, who are also steadily losing market share,” Synergy Research Group noted in the report.

The broader European cloud market, including hosted private cloud services and the panoply of as-a-service offerings, produced nearly $28 billion in revenue last year, which was a 31% increase compared to 2019. Most of that total came from infrastructure as a service (IaaS) and platform as a service (PaaS) with most of the latter growth coming from database, IoT, and analytics services.

European operators have attempted to turn the tide against those U.S.-based hyperscalers, with the report citing the recently launched Gaia-X initiative. That initiative was announced last June as a way to tackle cloud and data sovereignty challenges of Europe’s geo-political structure. It’s targeted at linking current, decentralized country-specific cloud operations under a centralized management system.

Hyperscalers like AWS, Microsoft, and Google are encouraged to join, but they must adhere to “the values and ambitions of GAIA-X – data sovereignty and data availability – and fulfill the common rules for participation.”

“Their efforts are laudable but the trouble is that this is a bit like King Canute attempting to stop an incoming tide,” John Dinsdale, chief analyst at Synergy Research Group, wrote in the report, citing the vast scale advantage the hyperscalers possess. He noted that the big three U.S. cloud providers have 67 hyperscale data centers in Europe and more than 150 additional local points of presence (PoP), with U.S.-based tier-two cloud providers holding another 36 “major data centers.” That combination has invested nearly $15 billion in capex over the past year, which was a 20% year-over-year increase.

“European firms are facing a huge challenge if they want to break out of their niche-like positions – the revenue growth opportunities are massive but so too is the funding and willpower required to tap into those opportunities,” Dinsdale wrote.