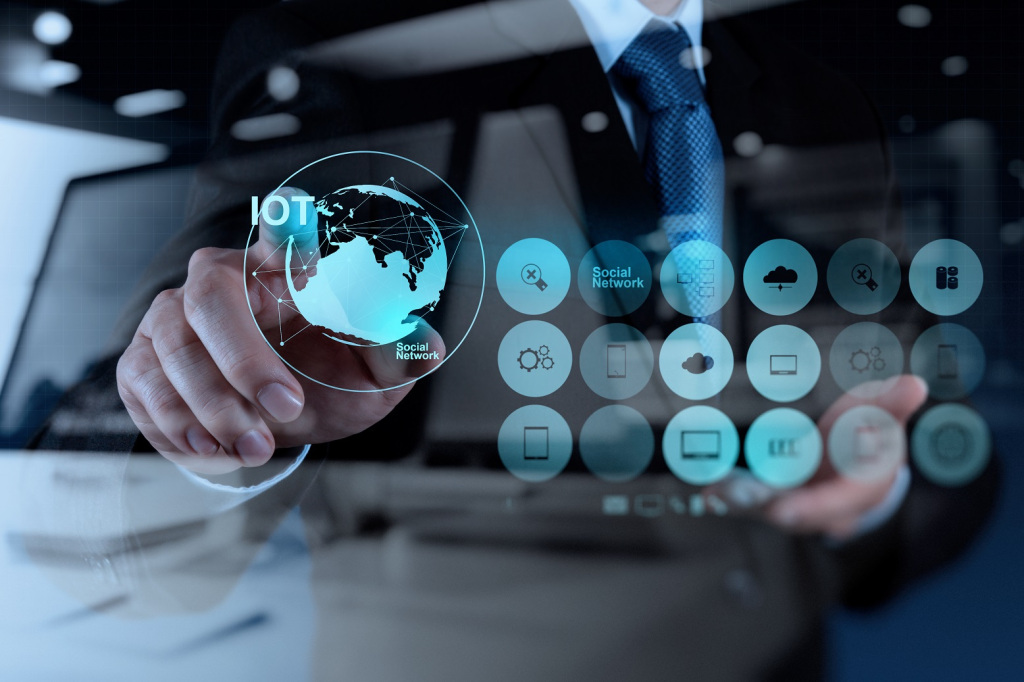 Industrie 4.0 goes far beyond the connection of IT applications and physical assets. Internet of Things (IoT) initiatives need to be business-driven and value-chain-driven. Digital business — especially in the context of Industrie 4.0 — is focused specifically on peer exchange and communication between business (including process and information), people and physical things as equal entities. This means that different parties need to collaborate efficiently across the whole life cycle of Industrie 4.0 initiatives.

Industrie 4.0 has been underway for more than five years, and the fourth industrial revolution is in full swing. Many companies have started Industrie 4.0 initiatives, and while the creativity in defining scenarios and use cases is impressive, and technology continues to evolve, key challenges of businesses are:

Many platform and solution vendors offer technology-driven products and services. Hence, CIOs often start pilot projects with individual, technically oriented business stakeholders, resulting in isolated pilot IoT solutions. When presenting business participants with this technology-driven and siloed approach, IT departments often experience acceptance problems, as business stakeholders may not understand how to scale these IoT pilots to meet the business outcomes on which their performance is measured.

Engaging IoT consortia can support Industrie 4.0 initiatives in all life cycle stages. Beyond networking, they provide access to — and the possibility to contribute to — standards, reference architectures, test beds, IoT use cases and benchmark information validated by multiple members from different industries and public organizations. Consortia, such as the Industrial Internet Consortium ( IIC ) and Plattform Industrie 4.0 , join forces to define comprehensive Industrie 4.0 reference architectures and implementation approaches, allowing multiple role-based views on Industrie 4.0 regarding industries, business outcomes, value chain/business processes, physical assets and devices, and data and IT applications.

CIOs should participate in consortia with resources dedicated to networking and learning from others by sharing best practices. Also, use IoT reference architectures that provide a comprehensive business and technology view on IoT to improve the understanding of IoT technology with reference to your own business models, value chains and business processes.

The applicability of IoT for consumers will need to be proven. For example, CIOs of refrigerator manufacturers and their project teams need to understand that consumers may not want their refrigerators to communicate their weekly consumption of ice cream to the supermarket. The data provided by these personal insights could also end up with the consumer’s health insurer, followed by a notification of an increase in monthly premiums, as the risk of diabetes has grown. What the data doesn’t reflect is that the consumer has had another person living with them for the past three months; hence, IoT has its limitations.

Generally, the intent of IoT is to increase the consumer experience by assigning daily tasks to machines. The amount of data generated during these interactions is increasing, but so, too, are consumers’ concerns about data privacy and protection. These concerns are fostered by IoT failures regarding data interpretation and use, such as in the refrigerator example above. CIOs are challenged internally to ensure proper product enhancement, but also to externally follow up on the alignment of Industrie 4.0 partnerships regarding how end customers’ personal data is processed and communicated.

End users will also need to understand what types of personal data are gathered, stored by which entity and for what purpose in order to understand the newly created IoT world. Furthermore, consumers need education on who owns the data, who has the right to use or access it, and, finally, who manages the data collected. CIOs and Industrie 4.0 organizations have to work collaboratively on their go-to-market strategy by emphasizing and addressing their customers’ concerns, providing transparency on who is leading this process at a given time. Educated consumers will better understand the advantages provided by Industrie 4.0 technologies and can take responsibility for their consumption.

CIOs should align with their business partners regarding consumer concerns for their specific IoT offering, and address these concerns as early as possible to educate their target groups.

Developing new algorithms requires skills and competencies, such as you would find with a data scientist. Many companies, especially midsize companies in Germany, do not yet have sufficient in-house skills. To increase time to market and speed up the development process, companies engage with service providers, and they will be able to increasingly leverage algorithm marketplaces. Reusing prebuilt algorithms and applying them to a specific use case can significantly reduce development time and will offer an important library, expanding the possibilities for in-house development teams.

Analytics vendors have started creating marketplaces for software components, such as analytical algorithms, to bring greater flexibility and choice to end users. Companies, such as Algorithmia, Alteryx, Apervita, FICO, Microsoft (Cortana Intelligence Suite), IBM (Watson via Bluemix platform as a service [PaaS]) and Teradata, have already developed marketplaces. These marketplaces will bring the benefits of the app economy to software development, thereby radically lowering software distribution costs and improving access to thousands — if not millions — of available algorithms. Marketplaces will offer monetary incentives to make algorithms reusable, further driving choice and fostering reuse; this will inevitably result in standardization from the bottom up.

Algorithm marketplaces will disrupt the analytics ecosystem and likely the whole software ecosystem. For instance, algorithmic models — predicting components’ risk of failure — can be applied within many cyber-physical systems. Applying these will significantly change business processes and, therefore, the underlying software to manage the processes. The nascent algorithm marketplaces allow the use of algorithms and other software components to be brokered. These algorithms are not stand-alone apps, but they are meant to be used as distinct building blocks inside specific solutions. Algorithm marketplaces enable an infrastructure to:

CIOs must build a task force with data and analytics leaders to evaluate algorithm marketplaces. Subsequently, they should continuously check and consider offered algorithms for their usability in Industrie 4.0 projects and create their own library of available and potentially useful algorithms.

Industrie 4.0 will fully addresses the digitalization of complex value chains. It is not a market,  it’s a vision for CIOs of future cross-industry models with a high degree of digital technologies. Successful Industrie 4.0 initiatives will require efficient collaboration between enterprises, IoT TSPs and consumers, and this is what the CIOs will have to strive to build.