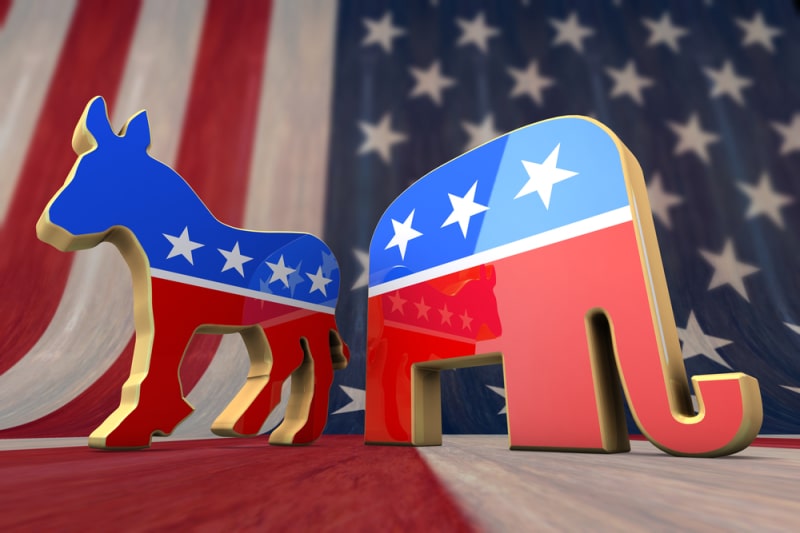 While most people are usually made to think every US election would be very close (as many politicians and pundits wanted us to believe), prior to the election, a number of quants and statisticians would beg to differ and would predict it is anything but a “nail biter.” As in the last few days before Election Day, their models and simulations predicted that Obama would prevail with close to 99 percent certainty based on aggregated poll data, in the 2012 US elections. For example, Nate Silver at FiveThirtyEight, a popular political blog published by The New York Times, predicted not only Obama that would win but by exactly how much. Simon Jackman, professor of political science at Stanford University, accurately predicted that Obama would win 332 electoral votes and that North Carolina and Indiana would be the only two states that Obama won in 2008 that would fall to Romney.

Of course, many journalists, pundits and politicos who are ill-equipped to interpret data were not short of opinions prior to the election. Some of these “political experts” disdained and ridiculed the data science driven predictions while others attacked the data scientists and statisticians. Geoffrey Norman at The Weekly Standard called Xu a “bad economist” and Joe Scarborough on MSNBC’s “Morning Joe” called Silver an “ideologue” and a “joke” (Scarborough later offered a post-election apology to Silver). In the end, data science driven predictions triumphed over hunches and experience. Vindication and respect are due for the quantitative minds.

Whether you love or hate politics, one thing is for certain. Come election year- you’re going to hear a lot about it. In this tense election season, candidates are pulling out all the stops to win votes and donations from constituents. This includes traditional means of grass roots, door-to-door campaigning to the more recent techniques founded upon big data analytics and technology. Winning elections takes a fine tuned blend of classic and modern campaign practices, and in essence borrows many characteristics from B2C marketing. Isn’t it really all about engaging consumers and winning loyalty? Politicians are realizing that there are big gains to be made when basing their methods on quality data.

The Obama administration was the first to capitalize on data-driven practices to capture votes, and since then the use of data to drive campaign targeting has been a hot topic in the political world. With data ever growing and technologies ever advancing, there’s now more opportunity than ever for politicians to leverage the data ecosystem to their advantage. Here are 3 ways data will impact elections now and in the future.

Campaigns are based on up-to-date information

Prior to the data revolution, campaign managers would have accessed citizen contact data from prior voting records. This data proved difficult to use effectively, because most voter registration records were outdated by a least a few years. Now, political campaigns can use data companies to provide contact information that’s consistently updated and verified. Plus, their sources of data can go beyond past voter lists. The Obama administration saw big success in reaching out to citizens who perhaps didn’t have a history of voting, but that (based on their analytical research) showed a propensity to vote in favor of their candidate if just given the proper motivation and messaging.

Information beyond name and address

Politicians can now integrate 3rd party data to form comprehensive voter profiles to help them understand the citizens in order to better create messaging for their campaign. This information goes beyond polling surveys and gives an in depth look to current, and prospective, voters and what the candidate must do to win them over. The Obama administration used a technology they named “Narwhal.” Part of the reason for the Obama victory was the campaign’s ability to mobilize the vote, and it used a lot of data to do that. They developed models predicting who was most likely to vote and then targeted follow-up events at those people. Data now available to campaigns goes far beyond emails and phone numbers. Prospects can be segmented by amount of education, lifestyle interests, purchase history, online social presence, family structure, and so much more. And not only is information about who they really are available, but campaigns can now know what is the best way to reach them. By collating offline and online identities, campaigns can go beyond phone calls and emails to targeted social media and digital advertising strategies deployed on the sites that voters use most.

Asking for donations can be one of the most taxing parts of a political campaign. And what’s worse is the time and investments wasted in targeting donors who lack the capacity, or interest, to donate. Political campaign managers can use data append services to optimize their messaging, and ensure that they’re focusing valuable resources on individuals who have a high propensity of conversion. In 2013, the Maryland Republican Party noted that it had seen greatly positive results after implementing data analytics. At the time that they were interviewed by the Washington Times they reported being $17,000 ahead of schedule, and attributed that lead to their decision to becoming more dependent on data and analytics. By knowing exactly who their prospective constituents are, political marketers are able to craft highly targeted and relevant messaging, leading to a better chance they’ll get the donation.

The Obama administration was just the start of the evolution of the traditional political campaign. As technologies improve and consumers continue to become less wary of sharing vital characteristic data, politicians will see huge advantages in implementing data-driven practices.