Breaking through data to insights- Key Trends and Learnings 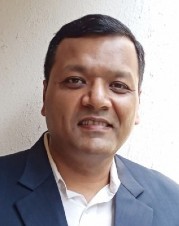 In this session, Kuntal set the context around AI trends and the need for Good data to drive outcomes. He highlighted a lot of good work happening in the AI space and shared pragmatic trends and learnings on managing data at Indian enterprises. He started with key challenges in data management and uncovered strategies to overcome these challenges viz. Cloud first, BI first, data fabric and data virtualization strategies to name a few. He highlighted the need for the right data, clean data and varieties of data to enable stronger data science algorithms and their applications across industries. A huge data void still exists in part of businesses due to data inability or unusable formats of data related to suppliers. Intelligence systems combing cloud with AI need to be further enabled to leverage more and more data to be usable, robust and resilient. He also shared insights on what it entails to further enable analytics careers in Organizations as well as institutions. He ended the session by highlighting that data democratization will help Organizations in creating data-driven companies, further expanding opportunities to compete on the journey from data to insights.

Thank you Kuntal for the wonderful session.