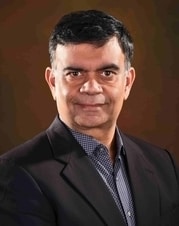 AI can access hundreds of sources simultaneously, extract the data needed for the desired task, and transform that data into insights. Using natural language processing (NLP), AI can understand human inputs—text and voice—and “listen” to outside sources (such as social media networks) as well as human conversations to identify opportunities and make recommendations. And it can leverage data to generate predictive analytics, which enables organizations to predict customer behaviour and to take a more proactive stance.

Ashish talks about how as part of digital transformation, customer journeys require more sophisticated segmentation and personalization using AI/ML. The topic is industry-agnostic and can be applied to a variety of industries.