The Growth of AI applications in Healthcare 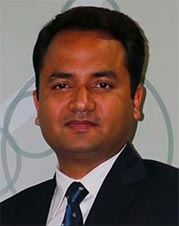 Artificial intelligence (AI) has accelerated the Healthcare engine with substantial improvements in all areas of healthcare from diagnostics to treatment. Particularly In the scenario of the COVID era from employing it to detect links between genetic codes, put to use surgical robots, or even for maximizing hospital efficiency, AI has proven to be a boon for the healthcare industry. AI is ready to support healthcare personnel with a variety of tasks from administrative workflow to clinical documentation and patient outreach as well as specialized support such as in image analysis, medical device automation, and patient monitoring. Join this session as Anupam gives a technology shower with major applications of AI in the healthcare value chain.