The Science of AI behind Chatbots 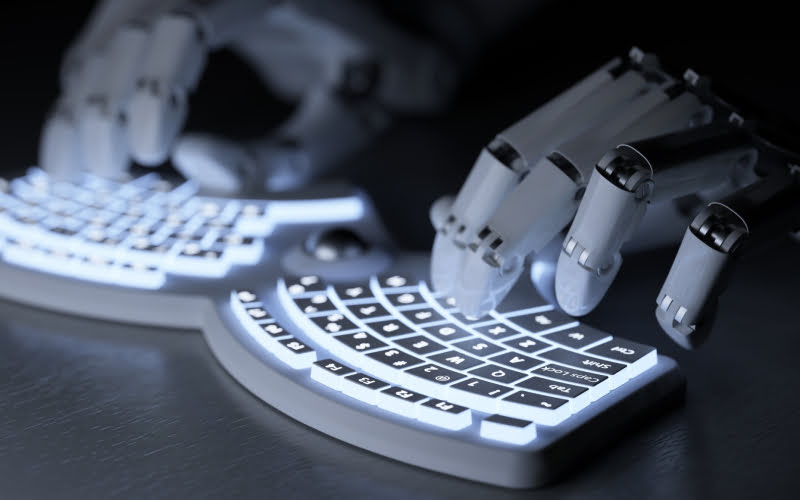 There has been a great deal of talk about the use of Artificial Intelligence chatbots in the last few weeks, especially given the news that Facebook are looking to implement AI into their Messenger and WhatsApp platforms, which are currently used by more than 1.8 billion people worldwide. However, does this bode well for the relationship between humans and Artificial Intelligence programs? Would you rather speak to an intelligent algorithm rather than a fellow human being?

The Sales and Customer Support Bot-ler ?

Chatbots, done right, are the cutting-edge form of interactive communications that captivate and engage users. But what kind of potential do they have for sales & customer support ?

To answer this, I should emphasize that customer service can be a delicate field. A lot of consumer engagement with a company happens when something goes wrong — such as a recently-purchased broken product or an incorrect bill or invoice.

By nature, these situations can be highly emotional. And as a business, you want to be responsive to potentially problematic customer inquiries like these. So relying on a chatbot to resolve issues that require a human touch might not be the best idea.

This is especially true if you let your bot “learn” from interactions it sees (say, in user forums) with no or minimal supervision. Things can easily go wrong, as the disaster around Microsoft’s Twitter bot “Tay” showed.

On the other hand, with the right supervision and enough training data, machine learning as an A.I. technique can help build very responsive and accurate informational chatbots — for example those that are meant to help surface data from large text collections, such as manuals.

I’d say that machine learning as a technique has been shown to work best on image processing. The advancements that Google, Facebook, and innovative startups such as Moodstocks (just acquired by Google) are showing in that space are truly amazing. Part of the amazement however, comes from the fact that we now see software take on another cognitive task that we thought could only be managed by humans.

What can bots do for the bottom line?

In my opinion, a bot’s primary application lies in customer service since most companies unfortunately continue to rely on an ancient methodology to manage customer interaction. And this is to be expected as most consumers themselves are still “hard-wired” to pick up a phone and dial a number when they want to engage with a company.

Companies haven’t necessarily made it easy for consumers to transition to digital-first interaction. Consumers are forced to either download a mobile app, browse websites, or use voice, the “dumbest” channel the smartphone has to offer, to retrieve information or perform transactions.

This is truly unfortunate because when it comes to paying a bill, checking on an order status, or reviewing account transactions, nothing is easier than sending a simple message. And with 900 million users now on Facebook Messenger, 1 billion on WhatsApp, and hundreds of millions more on basic SMS, companies have a consumer-preferred new medium for engaging with customers.

With messaging, a simple question can be posed in a simple message such as “Where is my order?”

Contrast this to the conventional options of being forced to shepherding that question through a maze of web or mobile app menus, or with IVR systems over the phone. Now imagine how a consumer-adopted, digital and automated interaction for simple questions vs. agent interaction over the phone could impact customer service and its cost. When chatbots handle the most commonly-asked questions, agent labor is reduced or redeployed to manage more complex and time-consuming interactions. Simple and moderate issues are resolved faster, leading to greater customer satisfaction and long-term loyalty. Bots can help deflect calls from the contact center and your IVR, which further reduces speech recognition license and telephony cost.

There is also the question of whether these chatbots will take jobs from humans; a subject of fierce debate for all industries and levels in the last few months. Facebook itself has been quick to clarify that these chatbots are not going to replace the people in their organisation, but instead to work alongside them. For example, Facebook have said that the customer service executives will be required to train the AI bots, and to step in when the AI comes unstuck, which is likely to be fairly frequently in the early stages! Chinese messenger service WeChat has taken the chatbot idea on, with companies having official accounts through which they are able to communicate with their customers. However, the platform is still in its early stages, and is reported to be incredibly frustrating to use, so those in the customer service sector needn’t worry that their jobs are under threat quite yet!

While we might see chatbots starting to appear through the likes of Facebook Messenger and WhatsApp platforms in the coming 12 months, and will be dedicating teams of engineers to train the platforms, rather than relying on the general public. There are three main factors on which their success depends.

The first is with how much freedom AI in general is allowed to be developed, especially given the hesitation that the likes of Elon Musk and Bill Gates have about a potential ‘Singularity’, with Musk recently being quoted as saying that ‘Artificial Intelligence is our biggest existential threat’.

The second is arguably more important; how willing the general public are to help develop the chatbots, by having conversations with them, in the knowledge that they are talking to an autonomous entity.

More important still, are these chatbots going to be safe from cyberattacks? How will you know if your financial information will be secure if you disclose it to a chatbot, especially if there are unlikely to be the same multi-stage security checks that are the hallmark of P2P customer service interactions?

Many companies are already launching bots for customer acquisition or customer service. We will see failures, and in parts, have already seen some. Bots are not trivial to build: you need people with experience in man-machine interface design. But to quote Amara’s Law: “We tend to overestimate the effect of a technology in the short run and underestimate the effect in the long run.”

Bots are here to stay, and will be a great new platform and make things easier for all of us. But bots that try to do too much or set unreasonable expectations will slow consumer confidence and acceptance of them. What might help us now is maybe to calm down a bit with the hype, and focus on building good bots that have value — then share our experiences, and show the world where the true value lies.