Uncovering the facets of AI in Transaction Banking 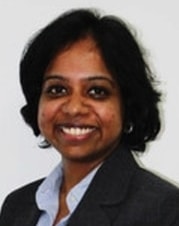 Recent changes in the industry are accelerating the need for adoption for AI and reinventing Banking services. Banking has seen vast applications of AI across the entire spectrum of consumer banking. While consumer banking has been in the public eye w.r.t advanced analytics and AI, transaction banking has seen a relatively slow start. Despite transaction banking being a strategic contributor to overall global banking revenue pools, application and usage of AI in transaction banking is in relatively early stages as compared to consumer banking or other high-end consumer industries. Multiple changes are leading to an evolution of the transaction banking landscape today – regulatory changes, evolving customer needs, decreasing profit margins, digitization of payments, competition from non-traditional players, increased high tech financial crimes and rapid technological changes. Managing these challenges requires deeper insights on customer relationships and experience.

Login to this session to hear more from Shireen as she uncovers how AI is set to become a key differentiator for global transaction banking playing a key role in reinventing the next frontier of treasury services and provides a 360-degree view on the opportunities to leverage AI in the changing ecosystem to defend and extend client relationships.