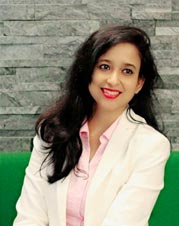 Artificial intelligence (AI) is poised to redefine how businesses work. There are umpty number of scenarios unleashing the power of data across a range of crucial functions, such as customer service, marketing, training, pricing, security, and operations.

In this session, Aparana shared key insights on how AI poses unfamiliar risks and creates new responsibilities. She explained how companies are tapping an array of external and unstructured data sources, connect to a range of new third-party applications to deploy AI at scale. Aparana also shared key insights on how AI is changing the rules of engagement across industries. The possibilities and promises are exciting, but executive teams are only beginning to grasp the scope of the new risks involved.